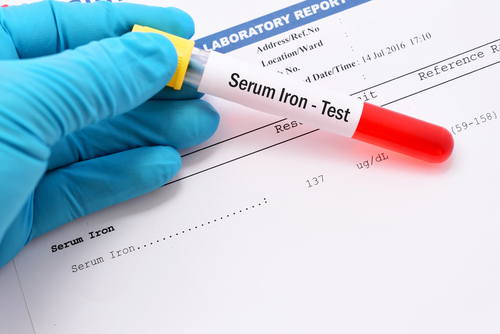 This finding was reported in the study “Iron storage in liver, bone marrow and splenic Gaucheroma reflects residual disease in type 1 Gaucher disease patients on treatment” that was published in the British Journal of Haematology.

Gaucher disease is caused by a genetic defect that affects the metabolism of fat, leading to the accumulation of a fat molecule called glucosylceramide. This accumulation occurs mainly in the spleen, liver, and bone marrow, and is not the same among patients.

Enzyme replacement therapy (ERT) and substrate reduction therapy (SRT) are used to overcome the metabolic defect. These therapeutic strategies have been effective in improving disease symptoms and preventing disease progression. However, signs of residual disease are present in a majority of patients.

Previous studies have shown that even upon long-term ERT or SRT it is still possible to find Gaucher cells (cells that have accumulated levels of glucosylceramide) in the bone marrow. In addition, biomarkers of the disease also can be found in the blood of patients. It still is unclear how this residual disease emerges and is sustained.

How these residual Gaucher cells escape therapy and where they “hide” are still unanswered questions. Also, it is unknown if the presence of such cells can carry long-term organ-specific complications for the patients, such as persistent bone or liver disease.

A hallmark of Gaucher disease is the accumulation of iron. This has been suggested to increase the risk for cancer and development of neurological diseases.

The study included 40 patients with Gaucher disease type 1 (GD1), who were receiving ERT or SRT for symptom management, and 40 healthy individuals as control subjects.

Increased levels of iron were found on the liver, femoral bone marrow, and vertebral bone marrow of GD1 patients compared to the controls; those are all sites commonly affected by Gaucher disease. Also, iron was found to accumulate in Gaucher lesions in the spleen; that condition is known as Gaucheroma.

“Our findings support the concept that storage of iron is associated with the presence of residual disease in GD,” the researchers wrote.

Indeed, the iron signals obtained by MRI were found to significantly correlate with blood ferritin (blood cell protein that contains iron) levels and those found in the liver and bone marrow. Data from other studies and diseases indicate that such iron accumulation can lead to liver fibrosis and cancer. However, further studies are needed to assess such long-term iron effects in this population.

Overall, the researchers concluded that “persistent hyperferritinemia [high levels of ferritin] despite ERT or SRT is associated with increased iron storage, which reflects residual disease burden.”