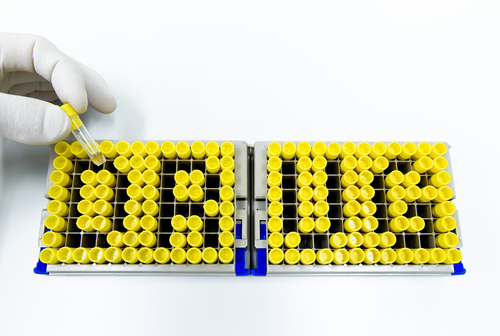 Researchers have identified three new compounds that can cross the blood-brain barrier and may represent a new therapeutic avenue for types 2 and 3 Gaucher disease — two forms of the disease with brain involvement.

Gaucher disease is caused by mutations in the gene that encodes the beta-glucocerebrosidase (GBA) protein. Dysfunctional forms of GBA will impair the correct metabolism of lipids in cells, resulting in the accumulation of glycosylceramide in cells and an increase in volume of the spleen and liver, as well as skeletal deformations.

Of 250 mutations that are associated with Gaucher development, 203 are known to alter the structure of GBA protein and ultimately its activity. The prevalence of these genetic events makes the GBA folding process a target of interest with therapeutic potential for Gaucher disease.

Enzyme Replacement Therapy (ERT) and Substrate Reduction Therapy (SRT) are the two therapeutic strategies available for Gaucher disease patients. These are focused on the metabolic dysfunction that characterizes the disease (faulty GBA and excess of fat in cells, respectively).

However, these therapies require intensive treatment regimens, which can be very harsh for the patients, and are associated with severe adverse side effects, as well as considerable costs. In addition, many of the drugs available lack efficacy in treating neurological Gaucher, since they cannot cross the blood-brain barrier, failing to reach the central nervous system.

A potential therapeutic alternative is the development of small compounds, that instead of reverting the metabolic faults will target the initial cause of the disease. These compounds, called pharmacological chaperones, can facilitate the correct folding of the GBA protein, overcoming the accumulation of GBA and the toxic effect of the mutant protein forms.

Some medicines, including Zavesca (miglustat) have showed therapeutic potential as pharmacological chaperones of GBA in Type 1 Gaucher. But once again, their inability to pass the blood-brain barrier discourages their use in neuropathic types 2 and 3 Gaucher.

Using computer drug discovery and structural analysis methods, the team identified seven compounds that could comprise all the wanted therapeutic requirements as GBA inhibitors. Further analysis of the selected compounds demonstrated that three of them had better chemical and biological qualities, and were proposed as leads for the treatment of Gaucher.

“These scaffolds proposed in this study can be used in the treatment of neuropathic Type 2 and Type 3 [Gaucher disease] as they offer compounds with positive blood brain barrier coefficient and have high binding affinity to GBA active site,” the researchers wrote in the report.

Medicines based on similar chemical structures as the identified GBA inhibitors have been used as anti-allergic and antibiotic agents, as well as anti-cancer drugs.

Overall the research team concluded that “these results offer a new approach for the development of new drugs against neuropathic Gaucher disease Type 2 and Type 3.”